Embarrassing Text Messages That Never Should Have Been Sent | 22 Words 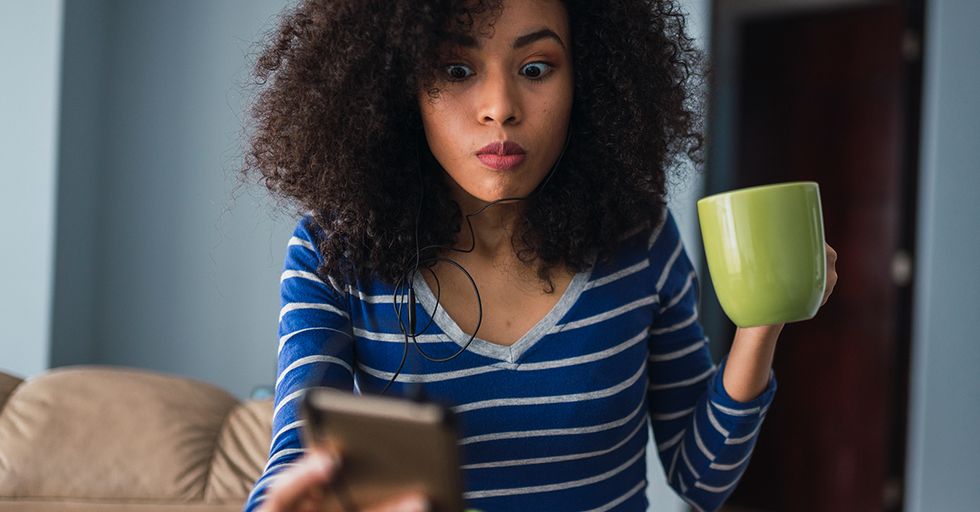 Embarrassing Text Messages That Never Should Have Been Sent

Ah, the social media conundrum — a question that has been asked by all of mankind since the dawn of time (or, at least, since we all started getting on Twitter around 2010) — do you post very little and let your friends think you don't have anything cool going on in your life? Or do you post a ton and let your friends think you're totally full of yourself?

Unfortunately, the act of posting on the internet has its own connotations — connotations some people would rather avoid. That's given rise to the "Oops, didn't mean to post, lol"-sort of messages. People try to make it seem like they accidentally sent a message when, in reality, they just posted it like normal but don't want people to realize that they are so extremely online.

The examples we've culled here from the /r/OopsDidntMeanTo subreddit are some of the most embarrassing moments of people "accidentally" sending the "wrong message" at times when, oh gosh, they certainly didn't mean to lol! (You can always tell someone is lying in a post if they end it with "lol.")

To be clear — not one of these posts is an accident, and they're all truly embarrassing for everyone involved.

And you just happened to look incredible? What bad luck.

My phone fell while it was on a timer and this is what it got. Just me out in this freezing weather taken pictures for my fans. #foryou #fail #yesiminaminiskirt - ergoegthatis

Made it halfway through the day before realizing we're wearing matching outfits... HEAD-TO-TOE MATCHING OUTFITS. - @Casey

One thing I know about kids — the number one thing they do when they get ahold of phones is add people on Facebook who are of service age.

Their actual response: I didn't hahah I was talking to my baby cousin and clicked speech to text by accident and hit send with my elbow while playing with him without realizing! - paulblartmallcap

Yes, because that's what phones do.

My phone randomly started taking photos of me while I was drinking coffee. You can see the stages of my confusion. XD - ergoegthatis

Parade leaders will be chosen at random.

Walked outside after work and inadvertently found myself leading a gay pride parade. - WantTacos

Probably the only meeting he brought a dog along that day.

Vladimir Putin says he didn't intend to scare dog-phobic Angela Merkel when he brought his Labrador to a meeting. - sagitta42

Dude, you're allowed to post pictures with your political opinions in them. Just own it.

Was trying to take a #picture of my #mugbrownie and by the time I realized my #berniesanders and #blacklivesmatter pins were in the picture my #brownies were already half gone. I think this is a good metaphor for how #politics has seeped into my life. I honestly don't mind though. - peachdaeki

No friend has ever taken anyone's phone.

"But, like, why did you break up with me? I mean her? This is her friend again btw"

Dropped my phone during a panoramic photo... - Ryan1sB1_

Yes, I find this plausible.

So my friend Angus and I accidentally bought matching suits for prom... now we're an eccentric pop boy band that'll give you hay fever on sight. - mistefmisdononm

We've got an accidental artiste over here.

Husband accidentally yet perfectly caught one of the best moments and feelings ever in my lifetime... - sgtsandwich

Hey guys so I accidentally bought a Range Rover and now my mom is making me sell it. If anyone in Toronto wants to buy it please DM me. Thx. - @safeersnaps

Oh, was the dog flying?

I was messing around with portrait mode and my neighbor's black lab puppy ran by the window so... here ya go. - JohnWeed4-20

Online flirting with one of the Rugrats.

His actual response: the last part was autocorrect

I tried to dye my hair blonde but this happened. I have prom next week.

What if they've been frozen by looking into the snake-like eyes of Medusa?

Two of my mates accidentally took two almost identical pictures a year apart from each other. - pxtleo

He thought they were for applying lotion.

Do people expect us to think their cameras are sentient?

Praying before we shot a video today. My camera went off on a timer without me touching pr programming it :) so I thought maybe the Lord wanted me to share! A special candid moment.

Eating cereal and this happened completely by chance... have to say, pretty aesthetic. - antfro946

Sure, my ex totally didn't mean to send me a selfie with her marriage certificate. - ebeattie96

Oops just happened to be posing!

Random photos I took when I accidentally opened my laptop camera while applying for spring scholarships.

"To be clear: I have a girlfriend who is real."

Oops, Accidentally showed off his girlfriend and pointed it out in case we didn't see it. - Pegion

She's either lying or she is training her kid to take pictures of her when she poses.

This is me, catching my two-year-old sitting on the table with my phone. Again. Send help.

It's easy to forget, but when you fake a picture, remember that someone would've had to hold the camera.

So the bed bugs takin the photos. - @6ixice

Someone I follow posted this on his insta story. - bombasser

Oops I accidentally have the world's best chest.

Sure, My Dude, sure. - inkedfiend

This cat gets it.