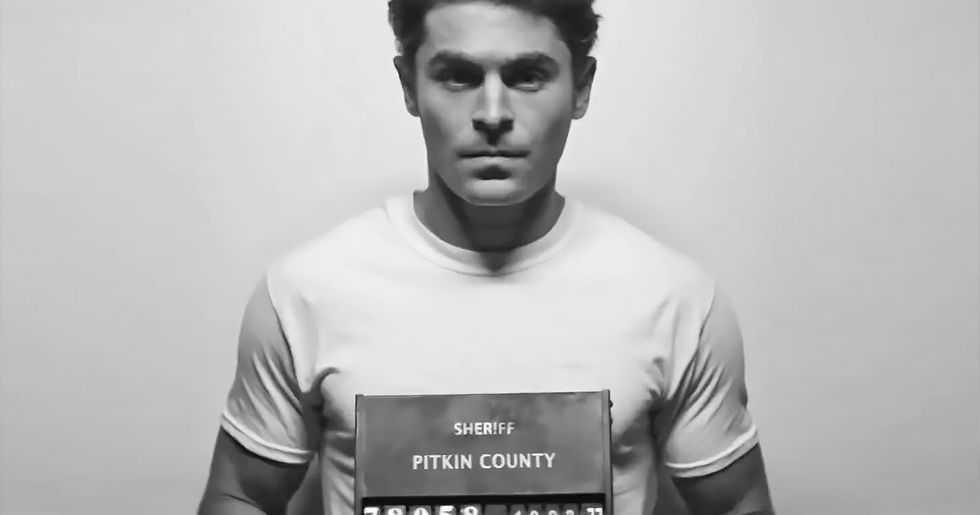 We are kind of in a golden age of true crime content. From Serial to Making a Murderer to Dirty John to thousands of true crime podcasts and series and documentaries, people cannot seem to consume enough horrifying real-life stories. Why? Why now? That is a very good question and one that we are not necessarily going to get into right now.

But you know that it is true. I am one of those true crime fanatics. I always have been. When I was in high school, my friends bought me a book that was an A to Z guide all about serial killers. And right there under B was Ted Bundy, one of the most notorious serial killers of all. Ted Bundy was known as a charming, charismatic, and attractive man, and so many were shocked when he was revealed to have raped and murdered at least 30 women (but very likely, there were more) throughout several states during the 1970s. The fascination with how such a seemingly "normal" man could become a cold-blooded killer has led to a new documentary series about Bundy as well as a fictionalized movie starring Zac Efron as one of the world's most notorious serial killers.

It's been just over 30 years since Ted Bundy was executed for his crimes.

He was a rapist, kidnapper, murderer, and necrophile who confessed to 30 homicides committed in seven states between 1974 and 1978.

One of the most prolific killers in history, Ted Bundy was known for his charm and good looks.

He wasn't suspected for so long because he was such a "normal" looking dude. But clearly, looks can be deceiving.

There's a new Netflix series, Conversations With a Killer: The Ted Bundy Tapes, that explores his case and the depraved nature of his murders in depth.

And now, a fictionalized movie about Ted Bundy has premiered at Sundance. The movie, Extremely Wicked, Shockingly Evil, and Vile stars Zac Efron.

Yes, that Zac Efron. You can kind of see the resemblance, can't you?

Playing Ted Bundy was definitely a conscious choice for Efron.

However, it is not yet clear if this choice will pay off. The trailer for Extremely Wicked, Shocking Evil, and Vile was just released a few days ago.

You can watch it here:

What's your initial reaction to this trailer? I can tell you mine and that of many people on Twitter: Was Ted Bundy a serial killer or a Beatle?

The movie, at least from this trailer, seems to worship this guy, who was — in case you need to be reminded — one of the most awful serial killers in history.

I feel so bad for the families of the victims that have to sit there and see their terrors revived as a witty roman… https://t.co/78ECkuC3Tk
— anime yitties (@anime yitties) 1548463489.0

Not that it's ever OK to romanticize a serial killer, but it's not like this is ancient history either. Bundy was electrocuted 30 years ago. Many of his victims' families are still alive and well.

But many believe there were dozens of other unsolved murders out there that he was responsible for. People believe Bundy may have killed anywhere from 80-100 women. Why is this movie focusing on the fact that he was hot?

The trailer hit a nerve for so many.

And I include myself in that camp. It didn't sit well with me. While I haven't seen the whole movie, the trailer really seems to minimize the extreme damage he caused and instead highlight his smooth-operator persona.

To put it bluntly:

Amazing. Again, this is just the trailer, which could definitely have a different tone from the actual movie, but until it's released or more critics share their thoughts, we won't know the truth.

Maybe this trailer is so problematic because of the time we're living in.

White men are finally starting to be held accountable for their actions. Mistreating women is no longer going to be swept under the rug or blatantly allowed.

Celebrating and lifting up this white man, who was one of the evilest of all white men, is at least a tacit dismissal of the current social climate.

What this movie trailer seems to be saying is, "Ted Bundy is cool. Those dozens of women that he murdered? Eh, they don't really deserve our time or respect."

There is a whole section of Twitter that is obsessed with how "hot" Ted Bundy was.

with the ted bundy netflix series + with the zac efron bundy movie dropping later this year this is ur friendly rem… https://t.co/Tb0bRnrGwm
— Human Disaster™ (@Human Disaster™) 1548434884.0

The movie probably doesn't mean to glorify Ted Bundy. Whoever made the trailer probably wasn't thinking that it would be an issue to show him winking into the camera as a sick guitar lick plays in the background.

That is exactly the problem.

True crime can be compellingly and responsibly executed. It's not wrong to like true crime. It's wrong to depict a serial killer as a rock star.

The internet wasn't totally unified in the view that the trailer is problematic, however.

It is true that part of what makes Ted Bundy's case so fascinating to people is the fact that he was so charming and good-looking.

Many pointed out that the movie is just depicting Bundy like the media did at the time of his trial.

Psst, hey woke twitter, in real life Ted Bundy was romanticized by the media and everyone he knew. That's what the… https://t.co/W3rCgIrgGv
— Scott of Rivia (@Scott of Rivia) 1548554532.0

There is a way to make this movie successfully. You can show that Bundy was romanticized by the media without actually romanticizing him.

No one suspected Ted Bundy would commit those heinous crimes because he was charming and because he's good looking.

That is true. But it's a fine line between explaining that this was the case and dismissing his victims in favor of making him look cool, which is what the trailer seems to do.

But that's just my opinion!

Plenty of people didn't see the issue with the trailer and are still planning to see the movie. I think it is important for a movie about Ted Bundy to address how he was portrayed in the media at the time.

He was able to get away with as much as he was because of those good looks. There's no doubt about that.

And it's important for us to examine the social structures and tendencies that allowed for a monster like Ted Bundy to slip through the cracks for so long. No one is denying that. And no one is upset that Zac Efron is "too attractive." The way the movie comes across in the trailer is completely separate from the person playing the lead role.

This is an important point to make:

The trailer isn't super clear about this, and it also seems to only focus on the supposed "good" stuff about Ted Bundy. Maybe the actual movie is different.

The "casual comic tone" is what people have a problem with.

Additionally, the Netflix series and this movie seem to be giving Bundy exactly what he wanted.

@RottenTomatoes That's exactly what Ted Bundy wanted. posthumous fame for his cruelties. You can count on Hollywood… https://t.co/N8F5UQV3HE
— Shiroshika (@Shiroshika) 1548448938.0

Why would we glorify the serial killer instead of paying tribute to his victims? In what world should his persona be the focus of the film about him instead of how that persona allowed him to murder dozens of innocent women before getting caught?

Maybe the movie is not actually like the way it comes across in the trailer.

But you already have people on Twitter talking about how Ted Bundy was "super hot..." and the movie hasn't even come out yet.

For what it's worth, it seems that Efron knew that there was a fine line he had to walk in his portrayal of Ted Bundy.

But Efron is only one piece of the movie. Even if he did his best, as evidenced by the trailer, the score, the direction, the editing, all of these elements work together to give the movie its point of view.

This brings up another important question: Why do we keep giving air time to white men who are literal monsters when we could devote our time to telling stories about underrepresented and invisible people and groups?

Maybe a Ted Bundy movie would be relevant today if it did a deep dive into the benefit of the doubt he was given because he was white and male and attractive. Maybe the movie does this. From the trailer, it doesn't look like it does.

It's important to remember that Ted Bundy wasn't just a charming man.

He was a rapist and a murderer who happened to be charming. He ruined countless lives.

It's important to recognize the mechanisms in place that allowed him to do what he did and what makes people like him tick. It's not OK to ignore the lives he ruined in favor of making him look cool!

This Twitter user goes on to say that she doesn't think the movie glorifies Bundy.

I hope she's right! I hope the movie responsibly handles the material and that it was the fault of whoever cut the trailer that this argument is even happening.

In the meantime, maybe focus your energy away from Ted Bundy and toward this amazingly strong woman:

It's so important not to forget what Ted Bundy actually did. Share this with someone to get their perspective on this new movie trailer.

Dog the Bounty Hunter Hit With $1.3M Lawsuit Amid Search for Brian Laundrie